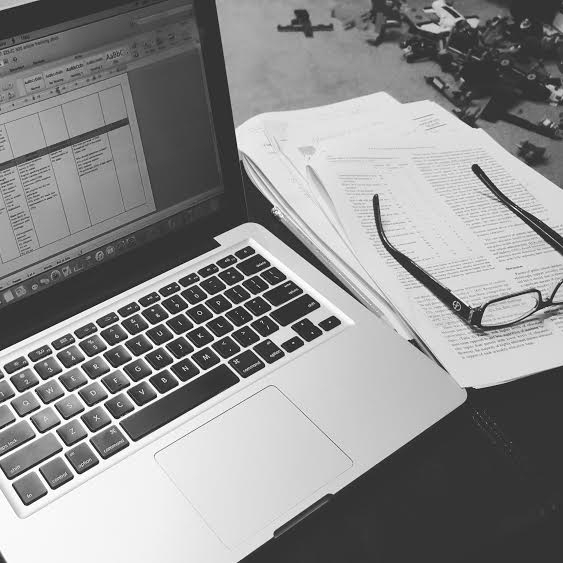 We will start with a few key operational definitions. ‘Surveying’ is the process by which the researcher collects data through a questionnaire (O’Leary, 2014). A ‘questionnaire’ is the instrument for collecting the primary data (Cohen, 2013). ‘Primary data’ by extension is data that would not otherwise exist if it were not for the research process and is collected through both questionnaires or interviews, which we discuss here today (O’Leary, 2014). An ‘interview’ is typically a face-to-face conversation between a researcher and a participant involving a transfer of information to the interviewer (Cresswell, 2012). We will investigate each data collection instrument independently, starting with the interview.

Interviews are primarily done in qualitative research and occur when researchers ask one or more participants general, open-ended questions and record their answers. Often audiotapes are utilized to allow for more consistent transcription (Creswell, 2012). The researcher often transcribes and types the data into a computer file, in order to analyze it after interviewing. Interviews are particularly useful for uncovering the story behind a participant’s experiences and pursuing in-depth information around a topic. Interviews may be useful to follow-up with individual respondents after questionnaires, e.g., to further investigate their responses. (McNamara, 1999). In qualitative research specifically, interviews are used to pursue the meanings of central themes in the world of their subjects. The main task in interviewing is to understand the meaning of what the interviewees say (McNamara, 2009). Usually open-ended questions are asked during interviews in hopes of obtaining impartial answers, while closed ended questions may force participants to answer in a particular way (Creswell, 2012; McNamara, 1999). An open-ended question gives participants more options for responding. For example an open-ended question may be, “How do you balance participation in athletics with your schoolwork (Creswell, 2012)”. A closed-ended question provides a preset response. For example, “Do you exercise?” where the answers are limited to yes or no (Cresswell, 2012).

Must-knows before the interview

These are the steps that are consistent in the literature on conducting interviews in research (Creswell, 2012; McNamara, 1999):

Questionnaires have many uses, most notably to discover what the masses are thinking.  These include: market research, political polling, customer service feedback, evaluations, opinion polls, and social science research (O’Leary, 2014).

Bell & Waters (2014) and O’Leary (2014), each offer clear checklists for creating a questionnaire from beginning to end. By comparing the two, we have created a comprehensive list. Bell starts by reminding the researcher to obtain approval prior to administering their questionnaire, then to reflect on what our question is and whether this is the best method to obtain the intended information (Bell & Waters, 2014). O’Leary (2014) suggests that you operationalize concepts in the beginning and define the measurable variables. Prior to writing your own questions, O’Leary (2014) would have you explore existing possibilities in order to adapt previous instruments rather than ‘reinventing the wheel’. At this point, both authors have you write your questions.

Bell & Waters (2014), highlight a plethora of potential difficulties in wording your questions, including ambiguity and imprecision, assumptions, memory, knowledge, double questions, leading questions, presuming questions, hypothetical questions, offensive questions, and questions covering sensitive issues. It is imperative that you check for jargon within your language and return to your hypothesis or objectives often to decide which questions are most pertinent (Bell & Waters, 2014).

Bell & Waters (2014) and O’Leary (2014) seem to disagree on the next step; while O’Leary would focus next on the response category, Bell would have you look further into the wording of the questions. Following O’Leary (2014)’s logic, we decide now whether to use open or closed questions, considering how the category will translate to different data types. Closed response answers include: yes/no, agree/disagree, fill in the blanks, choosing from a list, ordering options, and interval response scales. Any of the three standard scaling methods, (Likert, Guttman, and Thurstone) may be used where appropriate (O’Leary, 2014).

Bell & Waters (2014) suggest you check your wording at this point. O’Leary (2014) goes into detail to point out problems with questions such as ambiguity, leading, confronting, offensiveness, unwarranted assumptions, double-barrelled questions, or pretentiousness. Questions to avoid according to O’Leary are those that are:

Both authors emphasize thoughtfulness about the order of questions, considering logic and ease for respondents. O’Leary (2014) goes into further detail regarding issues with organization and length; too lengthy and respondents are less likely to complete the questionnaire. He also suggests researchers avoid asking threatening, awkward, insulting, or difficult questions, especially in the beginning of the questionnaire. Bell & Waters (2014) takes a more broad view of the aesthetics of the questionnaire; leaving spaces for legibility, limiting the overall numbers of pages, and considering the impression the document leaves, to highlight a few examples.

Clear and unambiguous instructions for respondents are emphasized by both authors (O’Leary, 2014; Bell & Waters, 2014). This step is followed by a ‘layout’, or rearranging of questions, in both descriptions, likely because this is the best time to review once the questions and other writing is complete. O’Leary (2014) warns researchers to use professional and aesthetically-pleasing formatting, as well as to be organized in order to attract respondents and to lower the probability of making your own mistakes (in repeating questions, for example). O’Leary (2014) offers  final instructions to include a cover letter that describes who you are, the aim of the project, assurances of confidentiality, etc.. Bell & Waters (2014), however, offers further steps.

Bell & Waters (2014) go into further detail regarding response rates and ensuring you have a representative or generalizable sample, which we believe is irrelevant to this article. More pertinent steps would be to pilot-test your questionnaire with preliminary respondents (even family and friends) and follow-through to preliminary data analysis in order to ensure your methods are effective, making adjustments accordingly (Bell & Waters, 2014).  O’Leary (2014) lists six steps in a typical pilot test:

Bell & Waters (2014) briefly consider distribution methods; they emphasize the need to ensure confidentiality, to include a return date, to formulate a plan for ‘bounce backs’ via email, and to record data as soon as it arrives. O’Leary (2014) lists typical methods: face-to-face, snail mail, e-mail, and online. Bell & Waters (2014) highlight the advantage to administering your questionnaire personally, as it enables the researcher to explain the purpose of the study and increases the probability of receiving completed questionnaires in return. The authors go on to emphasize the value of online methods.  In particular, they mention “Survey Monkey” as the most popular and versatile survey tool available (Bell & Waters, 2014). O’Leary (2014) suggests sending out reminder letters or E-mails in order to increase response rate and the speed of response.

Bell & Waters (2014) and O’Leary (2014) disagree once again with respect to the analysis. O’Leary (2014) suggests collecting the data as soon as possible, whereas Bell (2014) suggests the researcher merely glance through the responses prior to coding and recoding, if time allows. Both methods have merit, as the researcher must consider the time they have available, as well as the amount of data they are working with in order to make a logical decision.

Considerations for the Method

This work by ADJP Quad is licensed under a Creative Commons CC-BY Attribution 4.0 International License.

Observation: Not As Simple As You Thought (ADK)