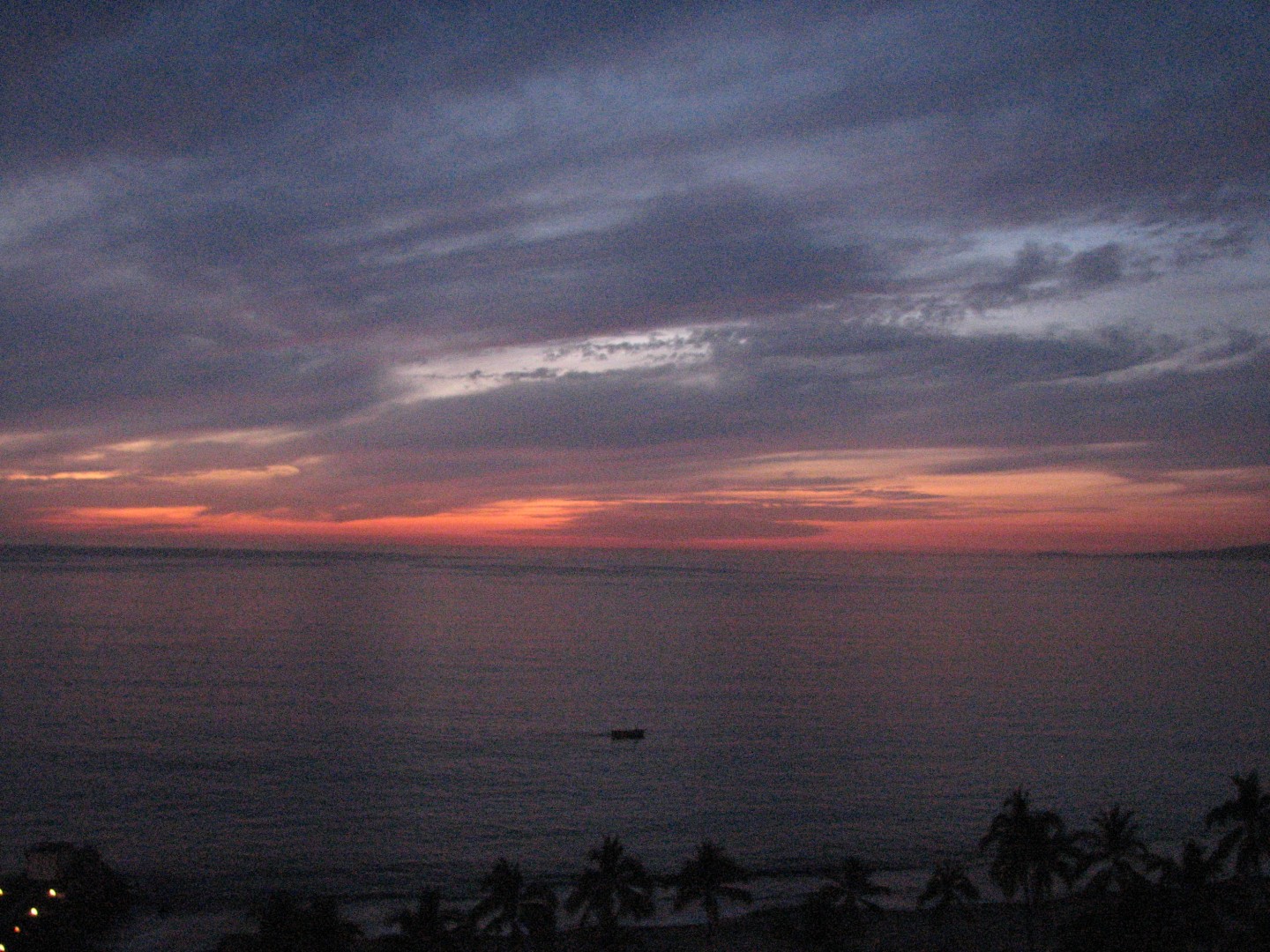 Sociologists Barney G. Glaser and the late Anselm L. Strauss developed grounded theory in the late 1960s. Following their study of terminally ill patients at the University of California San Francisco Medical Center, Glaser and Strauss recorded and published their methods of research. In response to people who were interested in their research, Glaser and Strauss (1967) developed a pioneering book that expounded in detail on their grounded theory procedures, The Discovery of Grounded Theory.  In this seminal work, Glaser and Strauss took the position that the current theory in sociology overly stressed verifying and testing theories rather than discovering the concepts (variables) and hypotheses based on actual field data from participants. A theory discovered during data collection will “fit the situation being researched and will work when put into use” (Glaser and Strauss, 1967, p.3) better than a theory identified before a study begins.

In the years following its discovery, grounded theory was developed. There are “probably as many versions of grounded theory as there are grounded theorists” (Dey 1999, p. 2). In the 1980’s, there was a division between Glaser and Strauss. Strauss teamed with Corbin in 1990 to take the basics of qualitative research. In contrast, Glaser (1992) suggested this did not extend the understanding of grounded theory, but had gone on to develop another method entirely. He also took issue with what he saw as an emphasis on simply describing acts rather than actively conceptualizing patterns or connections in the data that would lead to theory. It is not clear whether these two schools of thoughts are actually different, or whether they are just expressing a similar idea in different ways (Melia, 1996).

A grounded theory design is a systematic, qualitative or quantitative procedure used to generate a theory that explains, at a broad conceptual level, a process of an action, or an interaction about a substantive topic (Glaser and Strauss, 1999). Grounded theory is an inductive methodology. The key components of grounded theory are data collection, coding, analysis, memo writing, and theoretical categorization (Glaser, 1992). The process and categories within the flow of research in grounded theory can conclude in the following ways. The research problem leads to a study of a central phenomenon in grounded theory. It addresses a process which contains a sequence of activities including actions by people and/or interactions by people. A grounded theorist begins to understand by developing a core category through an integrated system of steps and connected procedures (Glaser,1992).

The final product of a successful grounded theory (GT) consists of a core category and other related categories. Within each category, there are dimensions and properties, which also start out as substantive codes in the earlier stages of research (Scott, 2009). None of this is apparent in the early stages; therefore, until the researcher finds the theoretical code which best organizes one’s substantive codes, relationships between them are not clear, and “confusion reigns” (Scott, 2009).

Grounded theory can be employed through a qualitative, quantitative and even a mixed methods approach. Data typically includes observations of the actual substantive area itself, but also activities that occur with it (Scott, 2009). Other forms of data include private or public records such as photographs, diaries, TV broadcasts, government documents. One of the most important revenues of data is through interviews or conversations with individuals or groups of people, either synchronously, such as via face-to-face or phone, or asynchronously, as in the case of email (Scott, 2009).

Although every part of GT is integrated and simultaneous until the core category emerges, open coding is the foundational step of building the theory, as one of the codes will eventually become a substantive code, and eventually one of those substantive codes will become the core category (Scott, 2009). Open coding simply means asking questions about the data, such as, “What is happening here?” (Charmaz, 2015) and arranging them according to their similarities and differences. Glaser (2014) sees this as something people do naturally; that is, “comparing incidents in our lives to see patterns in everyday life” (p. 47). He adds that people are constantly coding brief GTs in their private lives naturally (2014). Scott recommends that the researcher be aware of the received views of the world during this part, and also not to push any “professional interests”, which can compromise the researcher’s objectivity (2009). A large part of open coding is labeling incidents, which help to begin the theorizing of a process’s properties and how it develops, is maintained, and changes (Charmaz, 2015). Line-by-line coding helps identify meaning in the early stages, although Glaser advocates for incident-by-incident coding (Charmaz, 2015). Incidents build up and become greater in number, to the point where they become saturated. This is the point where a code gains an elevated status as a substantive code. The incidents that built up the substantive code are similarly elevated in status and called indicators.

This happens alongside the open coding process. In fact, before even beginning to do the coding process, it’s recommended to write a memo to capture an overview of the coding (e.g., the interview topic, key issues, links between concepts) (Scott, 2009). Memos serve to “track the theory development”, and thus the theory will be “captured in the memos” if the process is done correctly (Scott, 2009). In this way, memo writing helps to bridge the gap between coding and theoretical analysis (Charmaz, 2015). Scott also writes that the most important aspect of this process is that the memos are meant to explain the relationship or potential relationships between the given codes and their relationships with other codes (2009). Since coding requires “constant comparison of data with other data, data with codes, codes with codes, codes with categories, and categories with other categories”, (Charmaz, 2015) memo writing helps to record these comparative processes.  Another purpose of memo writing is to write down thoughts as they arise in the mind (Scott, 2009). Some examples of questions to ask include, “What am I taking for granted here as I analyse this data? Is there another way of looking at this? Are there alternative explanations? What might they be?” (Scott, 2009).

The following steps aid in the progression of memo writing (Charmaz, 2015).

Selective coding begins when substantive codes are saturated and a core category or tentative categories emerge(s) (Scott, 2009). It involves the same processes as open/initial coding, except is limited only to the core category and related categories (Scott, 2009), hence the term selective. Theoretical sampling, which is not sampling in the traditional sense, is used to develop, refine, or fill out the properties of tentative theoretical categories. Sampling in this way makes the categories more “robust and precise” as they build analytic complexity, while also staying grounded in data (Charmaz, 2015). Another process that occurs during sampling is gathering data to “answer specific questions about the properties of their theoretical categories” (Charmaz, 2015). Charmaz notes that the process of theoretical sampling is related to abductive reasoning, in that surprising or unexpected findings need to be logically accounted for (2015). The final product is the saturation of theoretical categories, which occurs when no new properties of these categories or tentative categories can be found, and thus data may be halted (Charmaz, 2015).

Charmaz notes some recent emphases and future directions for grounded theory. Among them is a new emphasis on the importance of abduction, which is a crucial element in constructing fresh theoretical analyses of empirical problems (2015). Another is that grounded theory, which was classically a qualitative method, is now being used more for mixed methods research, as the practice fits well with GT. Additionally, Charmaz notes that the recent constructivist approach has aided in social justice research, as the concerns of social justice, such as the effects of ideologies, hierarchies, and uses of power, fit in well with grounded theory methodology (2015).

The following section is a breakdown of a grounded theory article in order to demonstration what the process of conducting a study using grounded theory may entail, and how collecting and analysing data can lead to constructing a theory.

This study analyses the experiences and perceptions of victims of bullying in elementary schools (K-9) in Sweden. The study’s initial goal was to “investigate how individuals, who had been victims of school bullying perceived their bullying experiences and how these had affected them, as well as to generate a grounded theory of being a victim of bullying at school” (Thornberg et al., 2011, p. 311).

The researchers recruited participants through volunteer sampling. Recruitment questionnaires were distributed to students at five Swedish secondary schools and five student groups in the department of psychology, sociology, and education at a Swedish university. 511 students completed the questionnaire, but only 21 participants were in the final sample as volunteers who had been victims of elementary school bullying which lasted over the duration of one year. Of the 21 participants, 9 were from secondary schools, 12 were from the university. Their ages ranged was from ages 17 to 34.

Individual qualitative semi-structured interviews were conducted in a quiet room away from students and teachers in their schools (except for 3 university students who were interviewed at their homes). One interviewer was present when interviewing a student. Interviews followed a common interview guide, which asked participants to talk about: “(a) their victimisation experiences of school bullying, from the very start to end, (b) their thoughts, feelings and actions regarding the bullying they had experienced and (c) their perceptions of how their bullying experiences had affected them during as well as after the bullying period” (2011, p. 312-3). The interviews were audio recorded and transcribed verbatim.

During the initial and focused coding process, each researcher coded different interview transcripts separately, and then they compare their developed codes with one another and discussed their relationship to the data. Constant comparisons, memo writing, and memo sorting were used throughout the coding process to help analyse the relationships between data, codes, categories, and theoretical ideas, allowing the researchers to synthesize the data into a theory.

A Grounded Theory of Victimising in School Bullying

Through conducting interviews, coding transcripts, and comparing and relating the data, the researchers were able to form a four phased theory that describes the social process of becoming and being a victim of school bullying.

Grounded Theory is full of nomenclature, or jargon. These are specific terms, and their meanings will not be fully understood until the researcher begins to engage with them in the research process, so “don’t worry if you don’t fully understand the nomenclature at the moment – you will” (Scott, 2009).

Incident/label – A “label” put on a section of data (e.g., word, line or paragraph) that is noticed by the researcher

Open/initial coding – The process of coding everything about everything

Substantive codes – The codes that form the foundation for the theory and are the product of the open coding stage. One of these substantive codes will become the core category.

Theoretical codes – coded utilized for conceptualizing how categories and other codes from data may relate to one another as hypotheses to be integrated into a theory.

Theoretical sampling/coding – Sampling to develop, refine or fill out the properties of tentative categories. Through this process, categories become more precise and robust.

Saturation – This occurs when a researcher finds no new properties of categories, meaning he/she may stop collecting data for the given category

Scott, H. (2009). What is grounded theory? Retrieved from http:// www.groundedtheoryonline.com/what-is-grounded-theory

This work by Triad 3 is licensed under a Creative Commons CC-BY Attribution 4.0 International License.