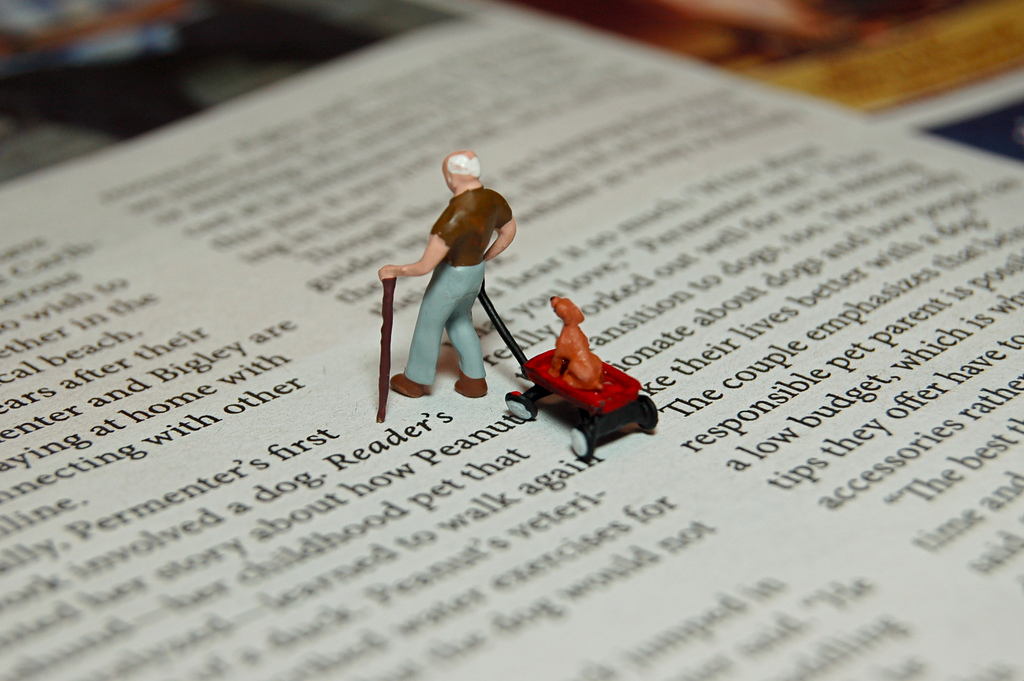 For the purposes of our analysis, we will focus on three distinguished case study researchers Robert Yin, Sharan Merriam and Robert Stake, who are looked upon as “three foundational methodologists in the area of case study research whose methodological suggestions largely impact educational researchers’ decision concerning case study design” (Yazan, 2015). We will also include contributions by O’Leary (2014) as this is the author of our course text and we felt it would be interesting to see how they all relate.

Similar to Yazan (2015) we will examine the case study methodology, comparing the views of the researchers when considering five aspects of case study research:

Attempting to define the case study method is somewhat complex. There are elements which are common to all of the researchers yet each also includes a distinct component based on their particular perspective. For example, Stake (1995) defines a case study as a ‘holistic’ (special attention to mutual links between the phenomenon and its contexts), ‘empirical’ (based on observation), ‘interpretive’ (researchers’ intuition), ‘empathic’ (emic perspective to reflect on how people think) and integrated method that values the different standpoints and interpretations researcher and participants have. Stake also considers that researchers should be willing to put aside as many presumptions as possible to explore the participants’ lives and culture.

Yin puts forth a definition of case study as a research method stating that it is an empirical inquiry that investigates a contemporary phenomenon (the case) in depth and within its real world context when the boundaries between phenomenon and context may not be clearly evident  (Yin, 2014).

Stake, Merriam (1998) and Yin (2014) depict a case study as a bounded system, in which the researchers set out boundaries and make clear statements about the focus and extent of the research. Merriam limits her definition mostly to include qualitative case studies which are her focus. She is quite flexible with her application of her qualitative case study strategy as long as the researcher has clearly enclosed the area of focus. Much like Stake’s defining words, Merriam mentions three distinct attributes for a case study. They must be ‘particularistic’ (focused on a specific situation, scene, or scenario), ‘descriptive’ (clear and complete account of the happenings), and ‘heuristic’ (gives the reader insight into the happenings). Her definition as quoted is “an intensive, holistic description and analysis of a bounded phenomenon such as a program, an institution, a person, a process, or a social unit” (Merriam, 1998, p.xiii).

O’Leary (2014) on the other hand, gives a general definition of case study as being a method of studying societal elements by analyzing and describing a single situation or case (individual, setting, group, episode or event ). However, the author argues that case study is a unit of study itself, since it can include a number of data collection methods, including surveys. O’Leary also considers that case selection is similar to the logic of the study of a population, a sample or a key informant.

Skate (1995) discusses the use of exclusive qualitative data gathering tools such as, interviews, observation and document reviews. Moreover, Stake does not propose an exact starting point for data collection and analysis. He agrees on implementing a flexible design to collect and analyse data since important adjustments or modifications may rise in the inquiry process of giving meaning to first impressions and final compilations. Skate also relies on the ‘progressive focusing’ notion for collecting data. This notion permits researchers to gradually focus on the issues as they emerge under direct observation without the necessity of a rigid study plan. By the same token, Stake introduces two strategies to analyse data: (1) Categorical Aggregation, (clustering complex data into categories or classes to ease the search for meaning) and (2) Direct Interpretation (researchers reach new meanings about cases).

Yin proposes that a case study inquiry should rely on multiple sources of evidence. These include documentation, archival records, interviews, direct observations, participant observations and physical artifacts.  He also states that the research benefits from a theoretical proposition which guides the researcher in the collection of data and the ensuing analysis (Yin, 2014) which contradicts both Stake and Merriam’s position.

Yin (2014) also proposes that a case study can include single or multiple cases, can be limited to quantitative evidence and should address the traditional concerns about case studies:

O’Leary (2014) suggests that it is imperative to consider access to people and data. She points out to the necessity to build high levels of trust and rapport when working with individuals. Similar to Yin, she cautions that, besides access to individuals connected to case, access to records and documents must also be ensured for optimal data collection.

Skate (1995) and Yin (2014)  both postulate that the most appropriate system for validating data is to count on the notion of triangulation. In other words, it is a cross verification for investigating the phenomenon from different outlooks. Triangulation allows the researchers to have a trustworthy groundwork for the findings and the contribution of knowledge. Skate describes four strategies to triangulate different sources or methods for data collection:

(1) data source triangulation (the use of different types of data sources, such as interviews, documents, public records, photographs and observations to increase the validity of the study),

(2) investigator triangulation (to team up with different investigators for a broader and deeper understanding of the analysis process),

(3) theory triangulation (to work together with professionals from different disciplines to interpret a single set of data), and

(4) the methodological triangulation (the use of many qualitative and/or quantitative methods to study the case).

Overall, Skate (1995) lays stress on making meaning through the researcher’s impressions as the main source of data collection and analysis. In this regard, he also points out that researchers need to pay careful attention to misperceptions by using protocols and the triangulation method to ensure validity to the case study. Skate summarizes the process of reliability and validation of data by suggesting that researchers use the following questions as guidance:

Like Stake, Merriam is a constructivist and believes in the fact that knowledge is developed between the “knower” and “known”. Due to this construction of knowledge, Merriam questions the extent that case studies have validity and reliability. More so, they are examples of bounded situations that serve as an observation of a given scenario.

O’Leary (2014) takes this a step further by stating that, a case study can construct understanding in a more holistic way, due to its extended engagement, development of rapport and relevant context. The author supports the analyses of a number of cases with the aim of making broader generalizations.

From a Stakian point of view, researchers that opt for a case study as their research methodology should first establish a set of sharpened research questions in order to structure the methods and procedures needed to carry out their research study. This will help researchers narrow down their topic of interest and deter them from straying off the topic. However, Stake believes that flexibility on the design of the case study should be considered at all times for it helps researchers do make major changes even after they progress from design to research.

Merriam, however is much more focused and process oriented in her approach to the case study method. She presents clear steps to follow in the development of a research question. Merriam suggests starting with a literature review which can both guide the development of a theoretical framework and determine a research problem. Following this, she identifies the need to construct research questions. These questions she encourages researchers to revisit and rework as they ultimately guide the study. Finally, she addresses sample selection. Here she distinguishes between two different types of sampling, purposive and theoretical.

Once the researcher comes up with the research question and wants to delve into cases, O’Leary (2014) highlights the importance of the case selection process. The researcher needs to define his case or to set the boundaries to the elements he wants to analyze. Then it is necessary to select an individual case or a series of cases that are in line with the researcher’s definition then confine his choices.

O’Leary suggests to consider a variety of possibilities: (a) Are your cases going to be made up of individuals, institutions, events, cultural groups, etc.?, (b) Will you be looking at people, places, or things?. After those aspects are set, the researcher can now apply specific criteria. For instance, if the case is made up of individuals, then, to limit the case description the researcher can focus on specific characteristics.

Similarly, Yin outlines a number of considerations for the researcher when deciding if the research question is well suited to the case study method. He suggests that this method would be the preferred choice in situations where the main research questions are “how” or “why” questions, where a researcher has little or no control over behavioural events and where the focus of the study is a contemporary phenomenon as opposed to entirely historical (Yin, 2014). He also suggests that the boundaries between the phenomenon and the context may not be clearly evident, therefore it is often impossible to make generalizations.

Historically the case study method has not been considered to be a valid or scientific methodology for research, primarily due to the limited scope of the unit of analysis (the case) and the inability to generalize results and the fact that the majority of case study research is qualitative.

This has changed however, due in part to the contributions made by the individuals discussed here. There is now a recognition that case study research provides an opportunity for the in depth study of a phenomenon, which contributes to the body of knowledge as it relates to the topic under study.

Stake greatly contributed to the development of the case study as valid methodology for research by emphasizing the concept of triangulation for data analysis. Triangulation is a technique used by qualitative researchers to verify and provide validity in their studies through multiple perspectives.

Another contribution Stake explored and emphasized was the initiation of the two different types of case studies: “for intrinsic case study, case is dominant; the case is of highest importance. For instrumental case study, issue is dominant; we start and end with issues dominant” (Stake, 1995, p. 16). These two types of case studies help researchers find the one that best suits their research questions and interests.

We believe that Merriam’s contribution to qualitative case study research is that she has made it more accessible to novice researchers by clearly outlining concepts and processes for research implementation. She also clarifies when and why a case study is appropriate to use and why you would choose it over any other method.

Similar to Merriam, Yin provides a clear, process oriented approach to the case study method. However he also includes methods for avoiding bias and conducting ethical research which delivers a caution to the researcher to be open to contrary evidence. In other words, it is important to see all the data, not just what you are hoping to see. He also encourages researchers to avoid falsifying or plagiarizing information and to maintain a professional competence that includes keeping up with related research, ensuring accuracy and understanding and divulging the needed methodological qualifiers and limitations to one’s work (Yin, 2014).

The considerations presented in this analysis are important as they contribute to the recognition of the case study method as a valid and credible form of research methodology. As O’Leary (2014) states cases are extremely relevant, can be used to debunk a theory, bring new variables to light; provide supportive evidence for a theory and can be used collectively to form bases of a theory.

This work by Anonymous is licensed under a Creative Commons CC-BY Attribution 4.0 International License.