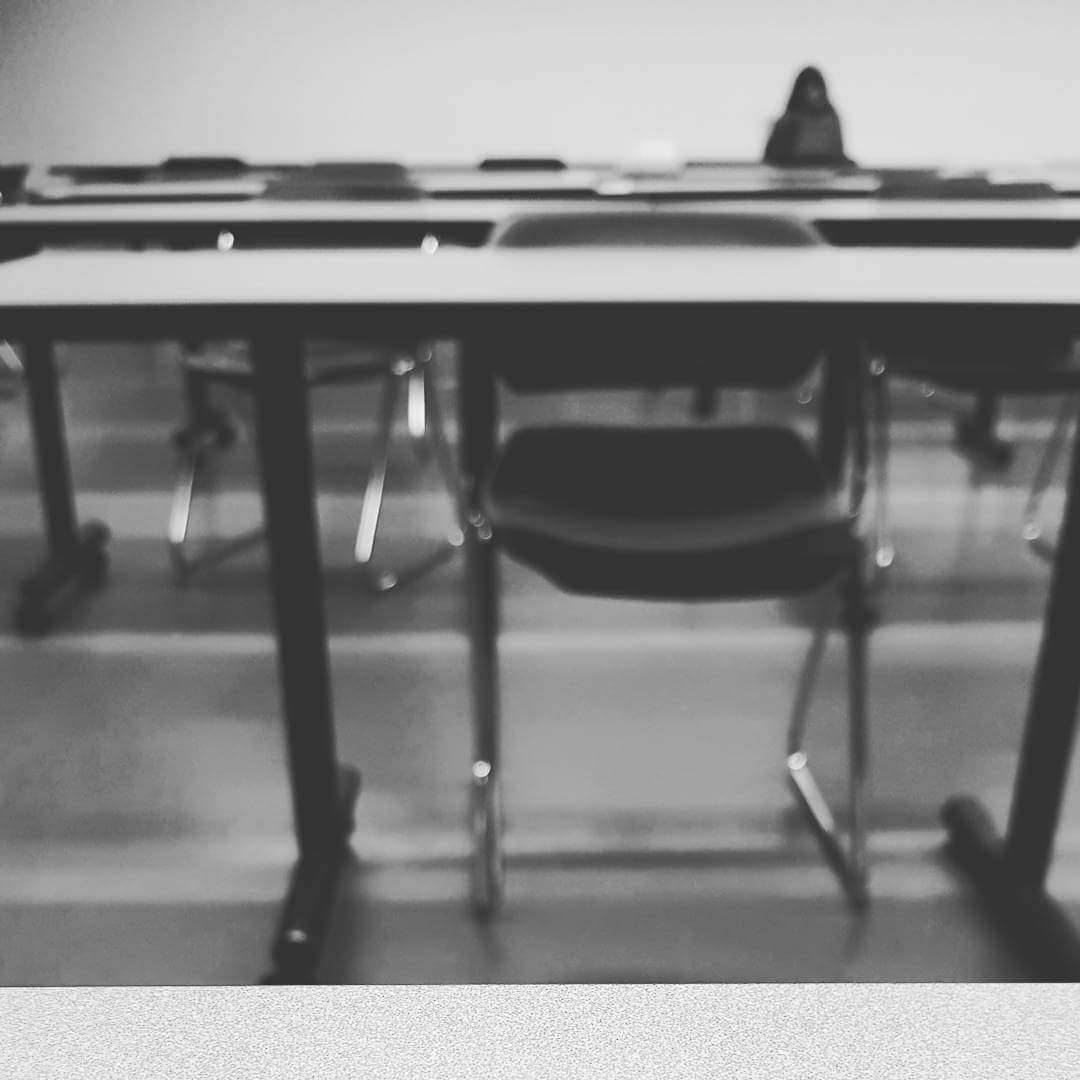 Ethnography is a Greek term derived from ethnos meaning “people” and graphein meaning “writing.” This research method was developed during the Enlightenment in protest to positivism or the view that “the world (including human society) can be described in terms of generalizable laws” (Boellstorff et al., 2012, p.14). By contrast, “ethnography takes the position that human behaviour and the ways in which people construct and make meaning of their worlds and their lives are highly variable and locally specific” (LeCompte & J. Schensul, 2010, p.1). Ethnography is a particular form of knowledge that develops through specific techniques (for example, participant observation, fieldwork, and case studies). In this article, we will discuss the basics of ethnography and then specifically focus on ethnography within the classroom (educational ethnography).

Classroom research presents unique issues for researchers and over the years, ethnography has offered strong methodological practices which address the dynamics of the educational environment. According to David Bloome, (Grenfell, 2012, p. 7) educational ethnography is a research practice that emerged in the US in the 1960s and 1970s. Researchers borrowed from other disciplines such as anthropology, sociolinguistics, and sociology in order to examine ethnic, racial and linguistic diversity within classrooms and how inequalities of achievement and outcomes were related (Grenfell, 2012, p. 7). Ethnography also offered alternatives to problematic learning theories that decontextualized student learning (Grenfell, 2012, p. 8). Going forward, reconceptualizing the classroom through research is of the utmost importance to generate new directions in curriculum and instruction (Grenfell, 2012, p. 7). In this article, we review the history of the ethnographic methods, offer a brief overview of its aims, approaches, strategies, and tools, discuss its strengths and weaknesses, and finally, offer special considerations for the method. If we had more time, we would offer further detail regarding some of the bulleted items included in this article, however, this topic is lengthy and some lists were required in order to keep within our space limitations.

Ethnography was first developed by Westerners seeking to gain knowledge about foreign cultures, which had previously been “impenetrable to analysis” (Gobo, 2008, p. 2).  At the beginning of the twentieth century, “traders, explorers and missionaries” (Boellstorff et al., 2012, p.14) wrote and collected data during their travels (Gobo, 2008, p. 8). They then provided this data to scholars in academia upon their return home, who would theorize and write upon what they learned, despite never having been in the field themselves. At this time, the roles of fieldworkers and theorist/writers were clearly segregated.  Under the influence of Bronislaw Malinowski (1884-1942), considered to be the most prominent figure in the history of ethnography, the roles of fieldworkers and theorists/writers were unified into a single role, however, that of the “ethnographer” (Boellstorff et al., 2012).

In the 60s and 70s, educational ethnography was developed as an alternative to traditional learning theories, which focused on what is wrong with students (deficit theories), process as more important than outcome (process-product theories), or which blamed learning outcomes on cross-cultural or miscommunication issues.  Alternatively, ethnographic methods focus on the context and unique needs or experiences of students in classroom conditions. “Despite its good intentions (to gain deeper understanding) ethnography is still a colonial method that must be… de-colonized.” (Gobo, 2008, p. 2).  In the classroom specifically, researchers need to de-colonize kids (Gobo, 2008).

Overview of the elements

Ethnographic research “builds theories of cultures – or explanations of how people think, believe, and behave – that are situated in local time and space” (LeCompte & J. Schensul, 2010, p. 12). It “seeks to understand what is happening, what it means, and its significance to the social group from an emic (native, insider) perspective rather than from an etic (external, outsider) perspective” (Grenfell, 2012, p. 9).

Specifically within the classroom setting, researchers aim to examine:

Ethnographic methodology has been used by numerous theoretical approaches: The Chicago School, interactionism, grounded theory, structuralism, realism, ethnomethodology, reception ethnography, feminist studies and postmodernism (Gobo, 2008, 34). This demonstrates the diversity of perspectives that can be addressed by educational ethnography.

The relationships between researcher and researched are considered to be an essential element of an ethnographic study. In anthropological studies, members of the culture being researched were historically referred to as “natives”. Ethnography, however, prefers the terms “informants”, “interlocutors” or “participants”. “Informants” emphasizes the ethnographer’s desire to be informed about other cultures, while “interlocutor” refers to “an equality of conversational exchange between ethnographer and culture member” (Boellstorff et al., 2012, p.17).  Meanwhile, “participants” refers to “active sharing of knowledge between members of a culture and ethnographers participating within it” (Boellstorff et al., 2012, p.17).

According to David Bloome, ethnographic tools are primarily qualitative research techniques (Grenfell, 2012, p. 11). Information or data is gathered primarily through observation. Other sources include:

Through observation, the researcher “records situations as they happen,” as well as the meaning of these events at the time (LeCompte & J. Schensul, 2010, p. 175). In the classroom setting, these observations may focus on “activities, setting and participation structures, behaviours of persons and groups, conversations and interactions” (LeCompte & J. Schensul, 2010, p. 175).

We would like to address “audiovisual methods” specifically as they are the most contemporary. The purpose of this method is to “obtain or create accurate a detailed audio or visual record of events, interviews, program activities. Usually the targeted event is selected in advance and the transcripts of the audiotapes and videotapes are coded” (LeCompte & J. Schensul, 2010, p. 175).

George Spindler identifies Malinowski himself as one of the leading examples for weaknesses in ethnographic research. He writes about Father Baldwin, a Roman Catholic missionary, who arrived to study the same aboriginal group as Malinowski almost a decade later (Spindler, 2006). Father Baldwin wrote, “It was a surprise to me to find that Malinowski was mostly remembered by the natives as a champion ass to asking damn fool questions” (Spindler, 2006, p. 240). He was essentially a poor participant observer who let his own biases get in the way of effective questioning and in turn his data or results had low accuracy (Spindler, 2006, p. 240). Our sources acknowledge multiple issues with ethnographic research that must be addressed within the methodology.

Many, if not all, of the above weaknesses can be overcome if they are given thoughtful consideration within the methodology. Strengths of ethnography are aplenty and address the many complexities within education.

Spindler 2006, asserts that educational ethnography offers a variety of conceptual and methodological tools that would enable teacher researchers to undertake important analysis of classroom structure. Importantly, ethnography addresses the “need to find ways to document, analyze, and represent, not just the culture of students, but the way culture mediates teachers’ understanding of their classrooms” (Spindler 2006, 274). These complex cultural processes otherwise resist “treatment as testable hypotheses” (Boellstorff et al., 2012, p. 31).

Ethnography often works backwards towards a hypothesis unlike traditional linear research therefore the researcher is not bound to their hypothesis and circumvent the risk of seeing “only what (they) are looking for” (Boellstorff et al., 2012, p. 32) (Gobo, 2008).

Ethnography is a holistic method that prevents decontextualization as “ethnographers attend to how cultural domains constitute and influence each other” rather than splicing social life into variables (Boellstorff et al., 2012, p. 3). In the same vein, validity is increased, according to Boellstorff et al. (2012), “because (ethnographers) directly observe and interact with what we want to know; we do not wrench phenomena out of their contexts, thereby rendering them uninterpretable” (Boellstorff et al., 2012, p. 38).

In defence of the criticism that ethnographers may render their data useless through the effect of their own participation in the culture of focus, Boellstorff et al. (2012) suggest that the ethnographer is simply one actor among many, and as such, is unlikely to drive a significant amount of change within cultures that are always in a state of flux.

Virtual ethnography has some ethical challenges however. It is often easier for ethnographers to enter into a virtual world context unnoticed or without proper informed consent procedures than in a “real-world” context.  Boellstorff et al. (2012) also notes that virtual world ethnographers “must be diligent about how the people we study define the distinction between “private” and “public” with reference to particular communities and activities” (Boellstorff et al., 2012, p.135).

The basic ethical principles to be maintained include doing ‘good’, not doing harm and protecting the wellbeing, safety and dignity of all research participants. Researchers should be as objective as possible and avoid ethnocentricity. Any deception of participants should be fully justified and approved by a research board. They should not knowingly misrepresent or attempt to prevent reporting of misconduct, or obstruct the scientific research of others (Gobo, 2008).

Ethnography research is an approach that focuses on a setting, a group of people and “uses the concept of culture as a lens through which to interpret results” (LeCompte & J. Schensul, 2010, p. 12). Ethnography was first designed to gain knowledge about foreign cultures and was  further developed as a technique to use in many areas of cultural and educational research. Ethnography focuses on two main areas; the ways in which the research is conducted, and the research report or “story” that evolves. The researcher’s role is essential as the primary source of “data collection” within this focus.

“The end product of ethnography, the story or narrative, constitutes a theoretically informed interpretation of the culture of the community, group, or setting” (LeCompte & J. Schensul, 2010, p. 10). ‘Educational’ ethnography was examined in this article specifically because of its applicability to the focus of this course. Bloome asserts that educational ethnography “contributes to reconceptualizing what a classroom is and what happens there” (Grenfell, 2012, p. 7). Ethnography has and will continue to influence research within the educational or classroom settings.

This work by ADJP Quad is licensed under a Creative Commons CC-BY Attribution 4.0 International License.